Facts about cultural diversity and biodiversity 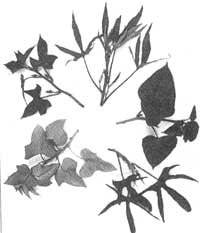  The world's 250 million indigenous peoples live in about 70 countries and are marginalised wherever they are. In Bolivia, they comprise 66 per cent of the population; in Peru, 40 per cent; in China and India, 7 per cent; in USA, less than 0.5 per cent.

 Estimates of the number of distinct indigenous cultures in the world vary from 5,000 to 20,000.

 About 90 per cent of the world's food is provided by 20 major plants.

 In Indonesia, 1,500 local varieties of rice have disappeared in the past 15 years.

 The forest dwellers of Papua New Guinea have for years cultivated the protein-rich winged bean.

 The Shuar Indians of Ecuador used quinine as a treatment for malaria.

 The people of Madagascar originally identified the medicinal properties of rosy periwinkle, which forms the base of two powerful anti-cancer drugs, vincristine and vinblastine.

 Indigenous peoples use at least 3,000 plants to control fertility, one of which -- a Mexican yam -- contributed to early research into the birth control pill.

 On a field trip to Belize, American enthnobiologist Michael Balick found that 20 plants suggested to him by a Mayan traditional healer yielded five compounds that were worth investigating for anti-HIV properties.

(This information is taken from Panos media briefing No 1)